My artistic practice involves sharing the stories behind the music I love with the general public. This plays out primarily via Audio Production, DJing, and writing. My ultimate goal is to get people to reevaluate the undervalued vestiges of our past. For more on this idea, please click here.

My radio show, Reclaimed Soul (which airs on Vocalo 91.1fm Chicago), is all about re-evaluating and remixing what’s all around us in order to create fuel to push us forward. Sometimes what can be remixed is an empty storefront, sometimes it’s a song. It airs on Vocalo Radio (a sister station of WBEZ Chicago), broadcasting on 91.1fm in Chicago: Thursday nights at 8pm and Sunday Mornings at 9am. A shorter version (generally without featured interviews) also airs on WBEZ 91.5fm on Fridays at 10pm.

The program features music spun on vinyl and stories of people who use old materials and/or ideas as fuel to push us all forward (artistically, culturally, economically, et al).

Below are audio pieces that I’ve produced that were broadcast in Chicago for Reclaimed Soul on Vocalo 91.1FM (a Sister Station of Chicago Public Media).

The “Shacks & Shanties” project is a South Side Chicago installation initiative organized by Faheem Majeed. Shacks were constructed as platforms for artistic performances and installations. I attended one such installation/performance, titled “Ghana Must Go” after the infamous plaid patterned tote bags that are so prevalent in West Africa. I talked to Faheem
Majeed as well as Abbéy Odunlami, the artist behind “Ghana Must Go”. We talked about community engagement, fashion, and appropriation.

70s Black Rock, or the Ties that Bind

In 2013 at Chicago’s Music Box Theatre, I caught a documentary about Death, a 1970s all-black proto-punk band out of Detroit. The documentary, titled “A Band Called Death” chronicled the group’s forming, brush with success, and descent into obscurity. The master tapes of their sole album, recorded under Don Davis’ Groovesville productions languished in an attic for over thirty years. That is until a perfect storm of record collectors resurrected the work, resulting in a New York Times article, a reissue, and a tour.

In 2016, I sat down with Chicago based singer and poet Jamila Woods to talk about her debut album HEAVN and spiritual, social and political themes behind it. 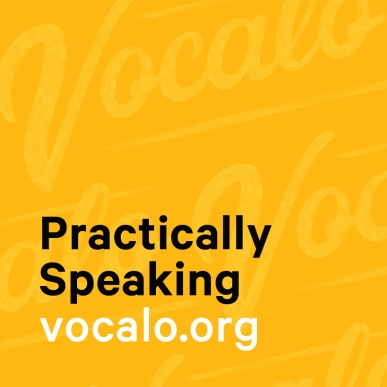 Practically Speaking is a radio show, as well as a podcast/blog created by host Audra Wilson. I produced it during it’s run from 2009 until 2016. On that program, we explored the views and experiences of Chicagoans whose stories may be familiar, but whose perspectives are rarely heard. A Practically Speaking hour special aired on WBEZ (Chicago Public Radio) in January of 2011.

And below, some of my work that I’ve created elsewhere.

Call it clave, or call it hambone — the beat’s the same

Recently, radio host Ayana Contreras went to Cuba to dig into a rhythm known as clave.

Ayana is the host of “Reclaimed Soul” on Vocalo Radio in Chicago, a sister station of WBEZ.She says clave is essentially a “five-beat rhythmic structure and it’s the backbone of a lot of Latin music forms and a lot of African music forms.” In Latin music, the rhythm is tapped out using wooden sticks, which are also called claves.

You hear the rhythm in various music genres like Afro-Cuban, salsa, boogaloo and mambo.

While some people may be unfamiliar with the term “clave,” they may have heard the term “hambone.” It’s also a rhythm built on the five-beat structure, though we’re not sure which came first — clave or hambone.

Video recapping my artist residency at the University of Chicago, 2015.

A conversation between Arts+Public Life and Center for the Study of Race, Politics and Culture artist-in-residence Ayana Contreras and Richard Steele, host of WBEZ/Vocalo’s “The Barber Shop Show”. Recorded July 29, 2015 at the Logan Center.

Symposium organized to discuss issues present in Regina Taylor’s play, “stop. reset.”. Play was presented at the Goodman Theatre in 2015.

In stop.reset, Alex Ames, an African-American publisher of books, is looking for someone to whom he can pass on his legacy. He is concerned with how he will be remembered. Historically, books have been the vessels of memory, what will hold memory in the future? How can we move forward if we have no real appreciation of ancestry and legacy? Have we become watchers rather than doers, on the sidelines videotaping life? Is the phone the portal to the soul? Can you make art with it?

Above, a bit of video from my 2011 Artistic Residency with Theaster Gates’ Dorchester Projects, in which I wax poetic about Chicago’s own Mercury Records, Jerry Butler, and the Impressions. 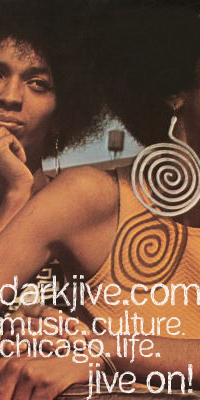 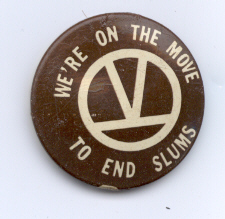